Bodrum where tourism from all over the world flock into particularly in the summer is an indespensable centre for entertaiment addicts.

Our world-wide renowned tourism town Bodrum has been maintaining to be an international attraction center. Bodrum, hosting the Mouselium which is one of the Seven Wonders of the World does not only attracts tourists due to the trio of sun, sea and sand but with cultural tourism as well…. 11 resorts in Bodrum Peninsula which is surrounded with sea at there sides take you to quite different world with their distinct features. At one side there is the downtown of Bodrum where entertainment reaches its peak, and at the other side the historical ruins representing the cradle of several civilizations together with their natural beauties and tranquility always fascinates people. Bodrum, having typical mild climate features with being an ideal little living-space has been the favorite treasure for different civilizations for ages. Bodrum and surroundings are an important historical and cultural treasure playing a significant role on the historical stage for centuries.

Today, Bodrum is seen as a center candidate to open a new era in the world in terms of tourism. Bodrum where tourists from all over the world flock into particularly in the summer is the favorite place for entertainment addicts as well. When we talk about making a night of it, The Bodrum Street and Gümbet District of Bodrum comes to minds first. 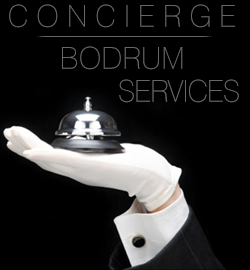